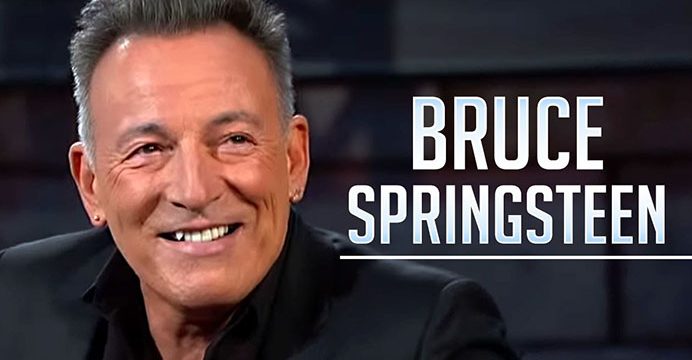 LOS ANGELES (AP) — Bruce Springsteen’s handwritten set lists and a favorite guitar are among the marquee items that will make a cross-country trip for a museum exhibit this fall.

“We’re also thrilled to offer a special, expanded exhibit with the help of Springsteen fans for a one-of-a-kind immersive experience,” said Jasen Emmons, chief curator and a vice president at the Grammy Museum. It will invite fans to submit videos of their concert experiences from Springsteen’s previous shows on Sept. 23 — the legendary singer’s 73rd birthday.

Springsteen’s modified Fender guitar that was featured on several album covers such as “Human Torch” and “Born to Run” will be displayed. Other items will include stage clothing from Springsteen and members of E Street along with a signed itinerary from his Human Rights Tour, a six-week benefit tour in 1988. A ticket booth stage prop from the Tunnel of Love tour will also be highlighted at the exhibit.

A saxophone played by the late Clarence Clemons — who performed alongside Springsteen for 40 years — will be on display. The saxophone was passed on to Clemons’ nephew, Jake Clemons, who continues to use the instrument as the newest member of the E Street Band since 2012.

Through an interactive kiosk, visitors will be able to view Springsteen’s handwritten set lists and create their own encores to compare against the legendary performer’s original.

The Grammy Museum partnered with the Bruce Springsteen Archives and Center for American Music at Monmouth University.

“Since his first west coast show as a touring musician at the Troubadour in 1973 to the present day, Bruce has performed over 100 shows in the Los Angeles area and has thrilled millions of fans with his electrifying performances,” said co-curator Eileen Chapman, director of The Bruce Springsteen Archives and Center for American Music. “This extensive exhibit provides a peek behind the curtain and a stirring trip down memory lane.”