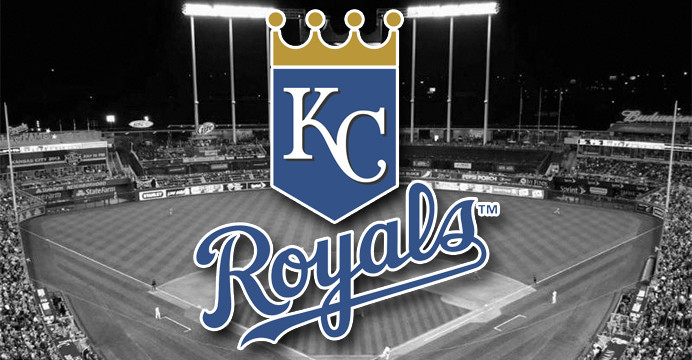 Greinke, Witt and Royals’ Hopes for 2022

KANSAS CITY, Mo. (AP) — Every big leaguer thinks their team has a chance when they arrive to spring training. The old “hope springs eternal” cliché is, after all, more apropos to Major League Baseball than perhaps any other professional sport.

It’s been a few years, though, since the Royals viewed a season with expectations rather than hope.

Not since it won back-to-back American League pennants in 2014 and ‘15 under former manager Ned Yost and went on to win its first World Series in three decades, has the long-suffering, small-market franchise begun a season with the same amount of optimism that it carries into Thursday’s opener against Cleveland at Kauffman Stadium.

The Royals have erstwhile star and former Cy Young Award winner Zach Greinke on the hill. They have the game’s top prospect, Bobby Witt Jr., at third base. And they return just about everyone else from a club that has improved its win percentage each of the past three seasons and wants to take the next step toward that of a contender.

“The first conversation we had in this clubhouse is the expectation, in our mind, it’s championships, and that’s plural. How do we build on the things we’re doing?” explained Royals manager Mike Matheny, who took over when Yost retired after his second straight 100-plus loss season in 2019 and has been tasked with finishing off the rebuild.

It hasn’t been easy on Matheny, either. His first year turned into a 60-game sprint because of COVID-19, which also wiped out an entire minor league season, thus setting back the development of many of the organization’s top prospects.

“I truly believe winning is a habit,” Matheny said, “and you just kind of have to have that level of expectation, and you start getting players that buy into that, and you realize it’s extremely special. But you also look around here and take an honest evaluation of where we are. This is in front of us right now. This isn’t us building for the future. It’s right here, right now. It’s unique. The guys smell it. And to be in the middle of it, there’s no place I’d rather be.”

The Royals were forced by finances more than anything into their massive rebuild about five years ago, when they were unable to hold onto championship cornerstones such as Eric Hosmer and Lorenzo Cain. But the undertaking always felt as if it had a clear path to success, rather than the work of a franchise drifting aimlessly in the wind.

Yet the fact that Dayton Moore, then the general manager and now the club president, has already produced a champion in Kansas City gave the process instant credibility. And it’s not as if the Royals were starting entirely from scratch; among the key pieces already in the fold were All-Star catcher Salvador Perez and All-Star outfielder Whit Merrifield.

The biggest task was to rebuild the pitching staff. So, the Royals pounded the first-year player draft in search of arms, and their conscious decision to scoop up advanced college pitchers has already produced on the big league level.

Greinke will start on opening day in his much-anticipated return to Kansas City, but he’ll be followed in the opening series against the Guardians by a bunch of 20-somethings Brad Keller, Kris Bubic and Carlos Hernandez. Another will probably be the fifth start, whether that is Daniel Lynch or Brady Singer or someone else.

“We’re here to win ballgames. Everyone’s goal going into the season is win the World Series,” Keller said. “I think we have the talent there. It’s just a matter of stepping up when the time comes to win ballgames.”

Witt is almost certain to help in that department.

His major league debut is perhaps the most anticipated in club history, and that’s saying something for a franchise that produced George Brett. Witt has raked Cactus League pitching this spring, hitting well over .400 with three highlight-reel home runs, and his slick fielding and daring-do on the base paths make him a legitimate five-tool star.

In fact, he’s such a star that Chiefs quarterback Patrick Mahomes, who owns part of the club, keeps tweeting about him.

Now, the history of baseball is littered with far more successful clubs than Kansas City that entered the season with high expectations and limped home in September. It’s easy to call yourself a contender in the spring, when everyone still has the same record, but much harder to turn words into actions once the season begins.

The Royals know this, of course. They are not naïve. But just maybe …

“We all know what the end game is and how we’ve evaluated: It’s wins and losses,” Matheny said. “Things are always in front of us, but I think there’s been some significant steps. We’ve seen a lot of our younger players take that next step. It’s improvement and growth, but it comes down to that thing that’s always hanging there. We have one eye on getting better and one eye on a championship.”